Reminder to self and other helpful things

I made the soda bread Friday, planned for Saturday,  because my usual Friday  Misfits box was delayed to Saturday. I just switched plans.

And here's how it worked out 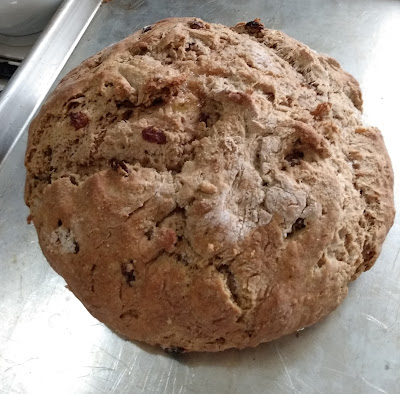 It had a glum expression, but was fine 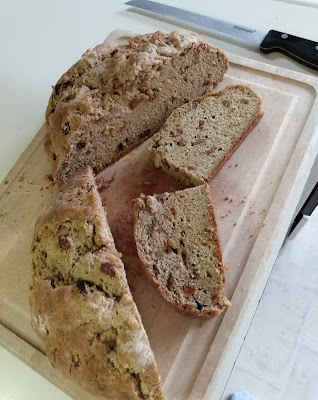 And I thought you'd like to see the crumb, because this was a really good result, change of flours.
It takes four cups of flour and this time I used two regular whole wheat, one AP, one whole wheat pastry flour. I really like this combo. Lighter than the last one. 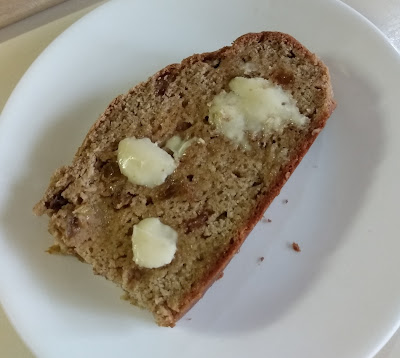 And Kerrygold butter on a warm slice, for testing purposes.

Then I noticed a couple of ideas on YouTube, one for red lentil flatbread, which I liked the idea of, maybe for dosas. 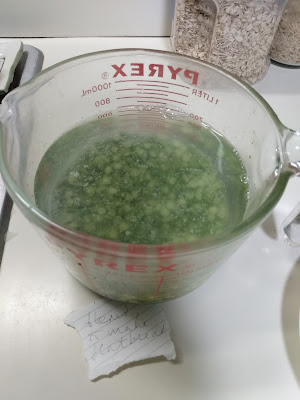 Naturally I don't have red lentils. Used them in soup. A lot of my cooking ideas come from a position of scarcity.

But I do have green split peas. So I thought I'd soak them overnight and go from there. And, since I'm liable to come down in the morning and wonder what that's about, I made a little note to self about it.

I checked the channel where I saw the recipe, and found a lot of Indian commenters who like the idea, do it traditionally, and use other legumes the same way. Ah, that will include my split peas.   Not so unlikely an idea after all.

You blend the peas/lentils/chickpeas, whatever you've got, with twice as much water, to create a batter, and proceed as for pancakes.

I really like the idea of caramelized onions and sauteed mushrooms rolled up in these. Or spicy potatoes, as I did ages ago for dosas, or wraps with salad. Tomorrow's box has potatoes, mushrooms and salad greens, among other items, so I can plan ahead for once.