Here's a wild spiderwort, tradescantia virginiana, named for John Tradescant, Elizabethan plantsman to the stars, along with his son.  Tradescant swiped a lot of American continent plants for European propagation for his wealthy bosses, including the queen.

This one's started by my path. See that tiny blue flower? 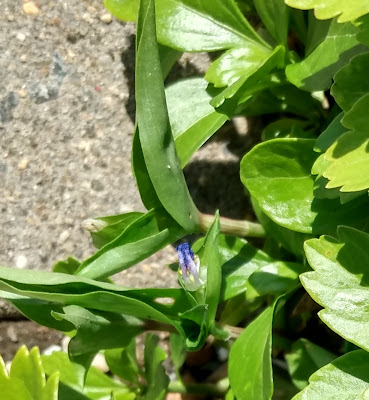 Then there's a cultivated variety growing down the street. 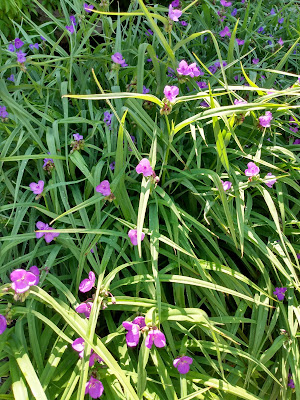 This is a handy illustration of the term "common or garden". Mine's the common,  wild one, my neighbor's is the garden, cultivated one. It refers to plants seen both wild and cultivated. Around here the daylily is another, both common and garden growing all over.

Then to the serious business of the day.

Lunch. Which consisted of heating up frozen carrot cashew red lentil soup. And it occurred to me that the seven minutes it took in the microwave could be employed to do a kitchen job that's been annoying me for ages.

Namely the cabinet where I keep, well, stuff, bags for freezing. Far too many, and many too small anyway. So I thought I'd pull the lot out, sort, recycle and put back.

No before picture, too depressing, one of those doors with bags sticking out on all sides.

I recycled a large number of small bags, retrieved pieces of foil and parchment paper which I reuse, restored order, and, bonus, found the container of  tools and caulking compound I thought I'd lost. That's it on the shelf. 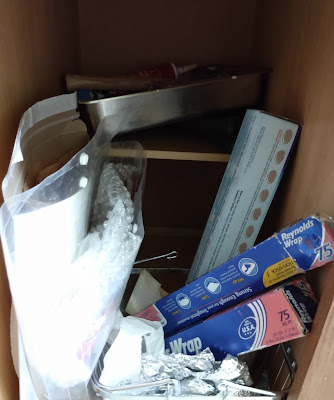 I can find everything now, and it literally took only as long as the time to heat the soup. Very smug about this.

Then came cornbread. I needed some breadesque item and had just enough cornmeal and sugar available to do this. 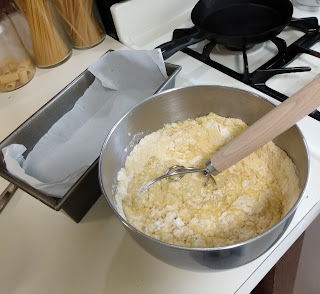 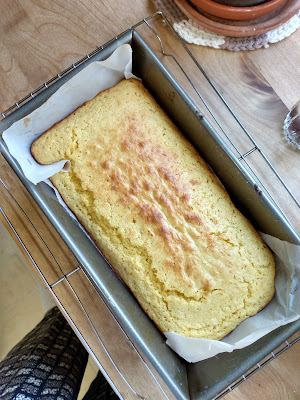 I used my new Polish tool and it's great. Mixes fine, doesn't just shove the batter around, great buy. It's a lovely piece of engineering. 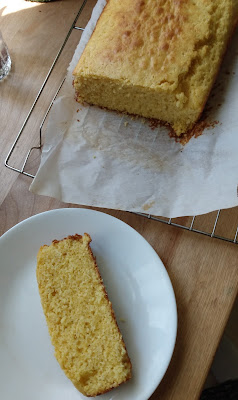 But your overachiever was not done yet.

Then I thought I'd cook the Misfits potatoes ready to use. Microwave for another seven minutes, that seems to be today's unit of time, then cool, peel, freeze. 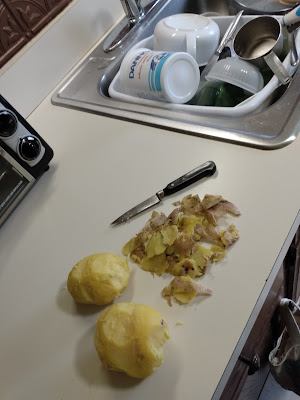 In the background you will see an added reason for this activity. A sink packed to the gunwales with dirty dishes. Postponement. It amazes me how one person can generate so many dishes.

And then the next featured performance.

Canteloupe and ginger jam happened. This involved a bit of pectin because I wasn't sure about the natural pectins, if any, in canteloupe.

I added in ginger chunks because I like ginger with fresh canteloupe, so why not. And the recipe I (sort of)  used, involved seasalt, so I thought fine, I'll go for that. 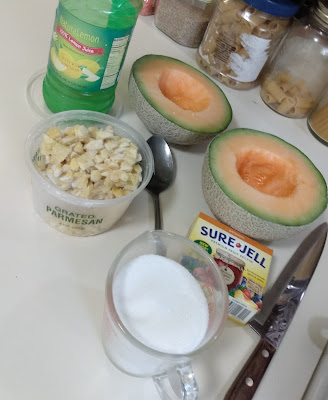 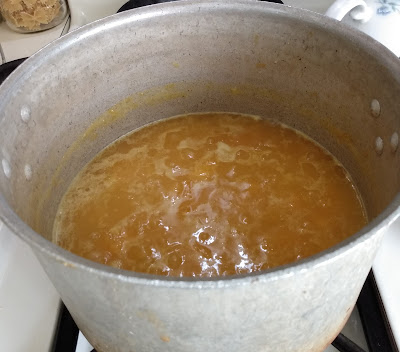 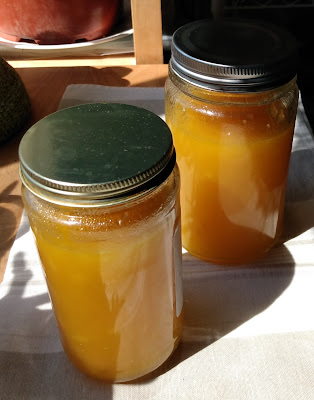 I just squeaked out enough sugar for this. And I boiled it for quite a while before it seemed to gel. At one point I thought the chunks were a bit big, so I used the stick blender for just a few seconds to reduce them.

Blending boiling jam is not for the faint of heart, but it seemed to work. I'll remember this for future reference.

We'll see how this comes out when it's cool. 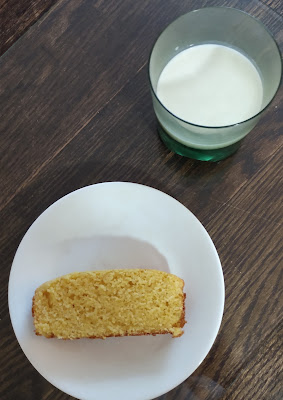 I've earned a bit of repose.