Tea and Textiles, it must be Tuesday

But first, gnocchi made from bolted wheat flour from Breadtopia, potato, egg, mixed with my lovely Polish beater. 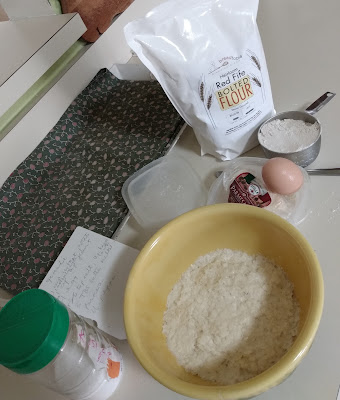 I learned about bolted flour from Breadtopia. It's wholegrains with some of the husks, but not all, winnowed out. So it's the best of fine grain and the wheat germ.

It makes a fairly sticky dough, and I added in a bit of flour while I worked it. And the resulting gnocchi are very good. 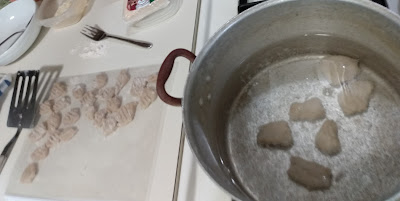 They hold together without being tough. I have a supply now, rolled, cut, ready to boil, in the freezer. 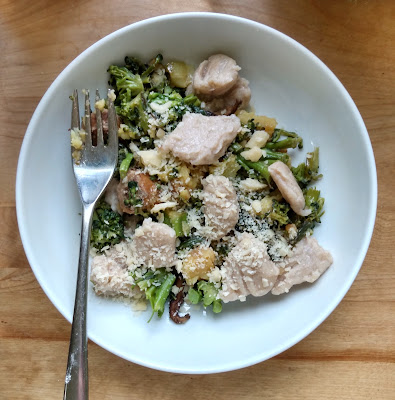 Lunch was the last of the pasty filling with a handful of gnocchi, plenty of parmesan, and black pepper ground over. The gnocchi are pretty freeform, because I don't like handling dough too much, it can get tough that way.

Yesterday Handsome Son visited, and among other business, presented me with my mother's day card, postponed repeatedly in May. I love it. 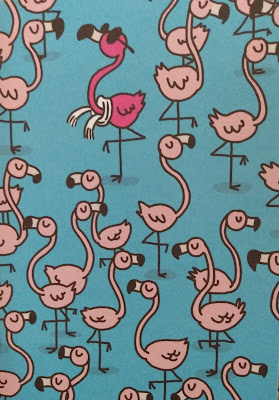 He also polished off the crackers, after brushing off the seasalt to adjust to his requirements. I may have to make more.

This afternoon was interrupted by an ocular migraine probably a combo of too much screen time and rapidly changing atmospheric pressure as a gang of thunderstorms suddenly swept across the state. Vision disturbance, partial blindness. But all's well now.

Then teatime and the weekly HGA presentation of fiber artist stars. Today Majeda Clarke, a Bengali Brit, married to a Welshman, whose work honors the fiber arts of both cultures. 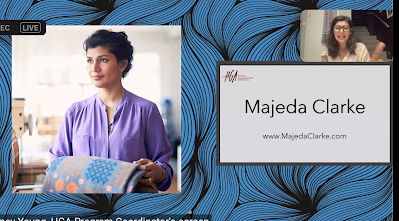 I notice that sewers refer to fabric, weavers to cloth.

She's a weaver and designer who is interested in addressing the traditions while introducing new approaches.

She works with the jamdani muslin cloth of Dhaka, her family's home region,  famous for its fineness. The very best, skill level astronomical, is 500, that is not a typo, epi. That's the number of warp threads that fit into an inch. Cotton. Singles. Unbelievably sheer fabric. Unbelievably high level skill in weaving.

The ancient Romans were familiar with this cloth and described it as "woven air".

Here's some of her own muslin work 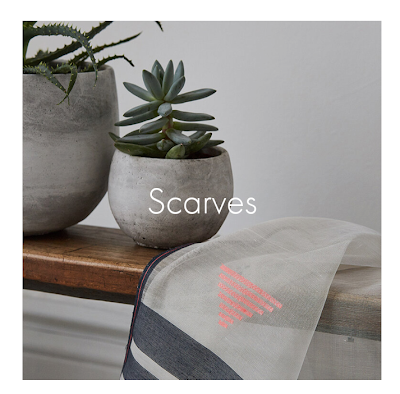 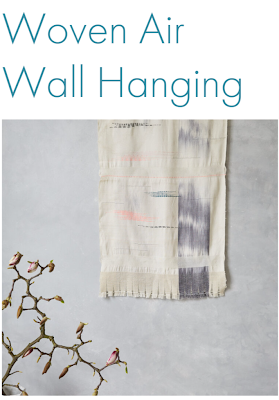 This is the muslin wealthy young women in the 18th century, and into the Regency period fashionably wore as dresses.

No doubt there were down market copies, too. I doubt if Austen's heroines' dresses were this high end. But the influence was there.

It was an Indian cottage industry, exploited by the English when they grabbed India and its treasures.

Jamdani muslin has now received official legal protection by UNESCO, as a culturally unique Bengali cloth. You can't just decide to make it. Like Harris tweed which can only be made on the isle of Harris. Very specific materials and procedures and artisans.

Similarly her Welsh weaving, double weaving, like double knitting, two layers created at once, was originally spun and woven in Welsh wool. But modern life needs lighter blankets, still craftsman made, but with adapted designs 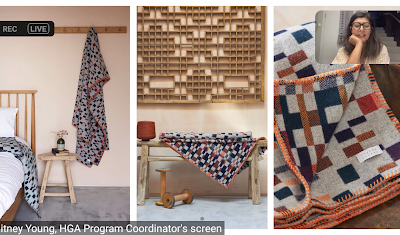 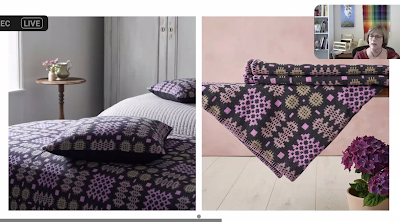 She works a lot with indigo, creating an almost black effect from the deepest shades.

And she has a lovely philosophy of art and craft: make what you love, not what you're guessing other people will love. Then you'll do good work.

Look at her website, too. It's an artwork in itself.