This was one of those chance viewings that come up on your YouTube feed, the algorithm having decided that since you watched a couple of cooking and a couple of royal videos, you want all of them, particularly videos about royal food.

Interesting recreations by great chefs some of whom have worked for royals, of dishes made for them for Ascot, the Coronation and suchlike calendar events.

Here's the notebook of recipes they based a lot of their programs on, from Mildred D. Nicholls a cook in Buckingham Palace. 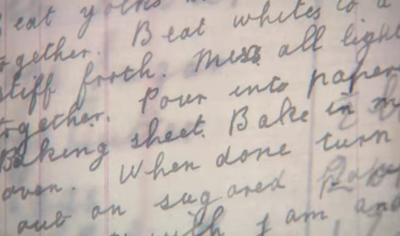 Since they're heavy on meat, I'm not likely to pursue, but it was great to see the elaboration they practiced. The public events are more about knife and fork diplomacy than actual dining, using the best homegrown and raised ingredients to impress the furriners. 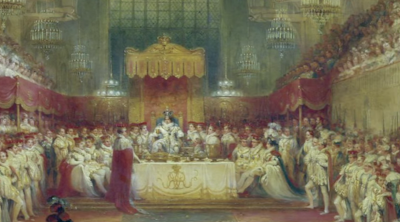 And a more modern one 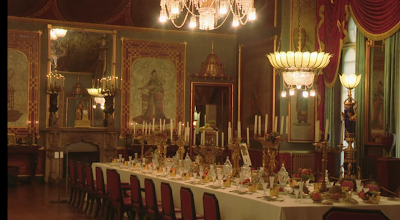 I think this is at Brighton Pavilion, his elaborate confection of a building, everything in excess. 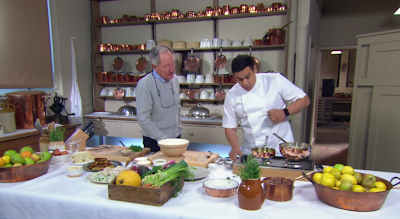 And the space in the kitchen at some castle or other. All the copper pots!

The daughter of a famous TV cook who presented food for the home audience to make ahead of the present queen's coronation in June 1953 appeared recently to commemorate the event and the food. Avant garde melon balls! Avocadoes, too, both pretty much unknown to most home cooks at the time, very exotic. 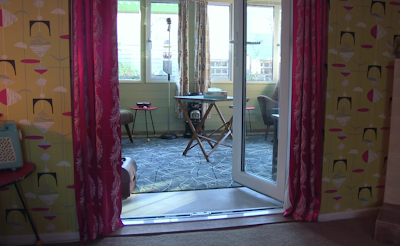 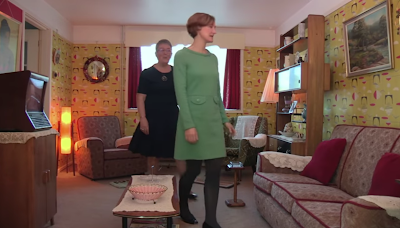 She's in the background here, the BBC lady is in the green dress, funny choice since it would enable it to be blanked out and replaced with other designs, but maybe the green screen wasn't a thing then.

The idea was to serve food to the neighbors who would be invited to watch the daylong ceremony on the minute tv screen.  I remember watching at a neighbor's house, jammed, not many people had a set then. 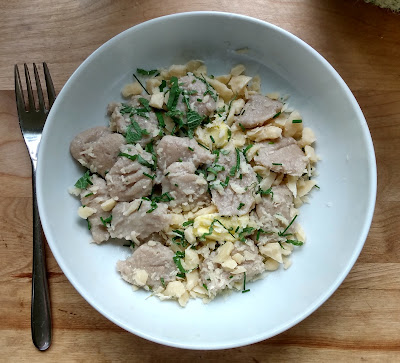