Cauliflower Capers, and yet more pockets

So the day started fine, attached three pockets, end of pocketing for now. 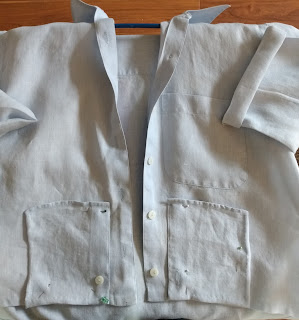 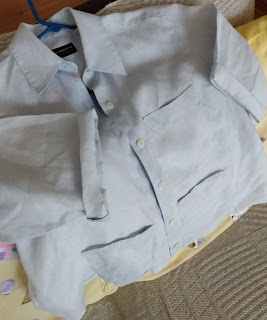 Now stitched, and a nice size for my hands, phone etc. 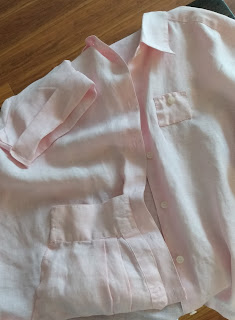 And the pink shirt with the tiny patriarchy smashing pocket in place. You can just get a couple of fingers partly in.. 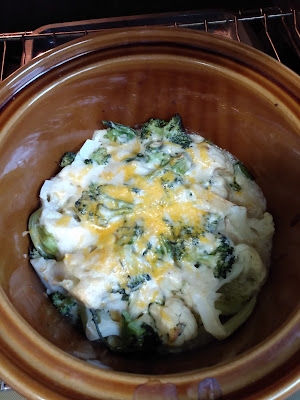 Then I thought I'd make a lovely cheese cauliflower broccoli bake, plenty of cheese in the house, and did so.

Well, I almost did so. I think despite its good looks, this may have been an end of season cauliflower. Fibrous, tough, after lengthy steaming and half an hour baking.

Usually when you bake it, you want the cauliflower a little firm so it's still shapely after baking. This one had other ideas. The tips were tender, the rest could have used power tools. 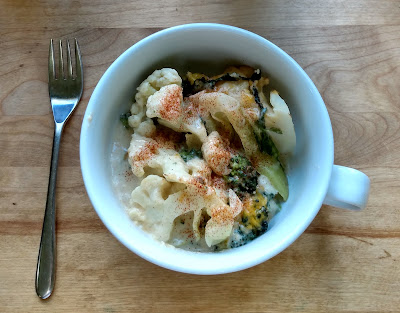 However the cheese sauce was excellent, good cheddar, the last of the garlic spread, and the broccoli was fine.

So after fuming for a couple of minutes, I ended up tossing the very toughest bit, then blending all the rest in the pot with a good chicken broth. It tasted fine.

So I declared it cream of cauliflower soup. Half a dozen helpings there. 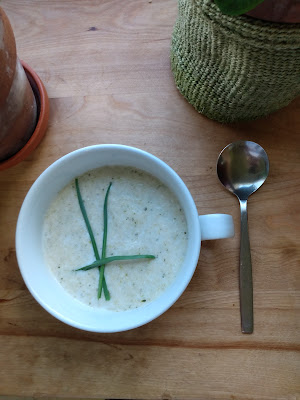 Austenland came in, thank you for the recommendation, Debra. I'll watch it tonight.

This afternoon will be about reading one of the many choices I have lying around, including Unmarriageable on my Kindle, which I think is another Austen adjacent item, West with Giraffes, Ashton Warner, among a lot of others.

There's a textile presentation from HGA later. I'll see about that. If it's good I'll let you know tomorrow.

An up and down day in a way. Oh well.