Yesterday was the nth anniversary of the signing of the Magna Carta, at Runnymede, by King John, the only English king of that name, pretty much at sword point, the barons having finally had it with his tyranny, and wanting to wield a bit of it themselves, I suspect.

But the calendar has been fiddled with since 1215, so who knows really. Thirteen days went missing at the adoption of the Gregorian calendar in the sixteenth century, named for the Pope who did it to straighten out the Julian calendar drift because of leap years. Or something.

I've always wondered about the poor guys who had vacation planned then, and suddenly found they were instantly scheduled to go right on working instead.. joke, joke.

Anyway it was a declaration of human rights and power sharing. However, England specifically appears to be in the process of abandoning it, and I thought I wouldn't get too excited yesterday.

Today however is another matter.

It's June 16, Bloomsday. The day Leopold Bloom, the hero of  "Ulysses", spent wandering the streets of Dublin, encountering friends, stories,  himself, Molly, and literary history.

It was Sylvia Beach, owner of the Shakespeare and Co. bookstore in Paris who first published "Ulysses"  when the establishment wouldn't. 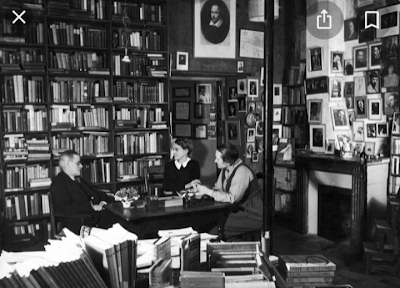 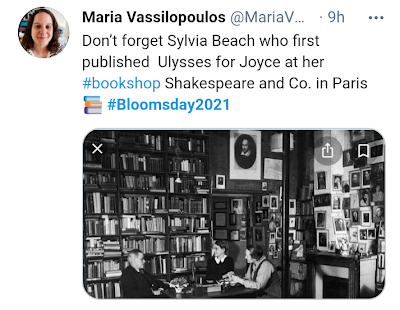 On his fortieth birthday, February 2,1922. I wonder if he had many and complicated thoughts on the date. Born on the Feast of the Purification, hmmm.

Here's my tiny annual tribute, where I read more of it, as you see getting near the end 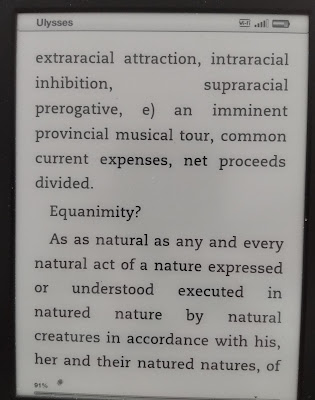 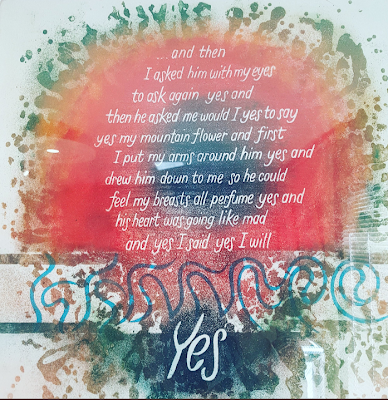 Thank you to Sylvia Beach, and Kindle, which keeps my place from year to year. And Norah Barnacle who probably kept Joyce going. It's usually the surrounding women who ensure that great things happen and great literature is written then made available.

Here's to centering them! Acknowledging their own art in their own right.

Meanwhile I have to get on to Ulysses again. Maybe I'll get to the end this year, before I run out of years

if that's a typical selection then no wonder the establishment wouldn't publish it.

I have actually read the entire book because we were studying Joyce at school. Of course that ruined it for me and I will never ever even attempt to read it now.

We had this discussion last year, I think. Such a mistake to try to teach a difficult, many layered work, filled with jokes far beyond students. I think it's better to study something like Dubliners, more accessible to that level.

It's really one of the funniest books. All my Irish
-mix family jokes and references show up all over the place. Greek myth, history, religion, clerical hypocrisy, it's endless. And worth finishing one of these days.

I think there are many people who can say that!

There are apparently a number of copies of Magna Carta and a few years ago, one of them toured across Canada. I went to see it, English and legal history nerd that I am.

James Joyce treated Sylvia Beach horribly, despite everything she did for him and his career. He was a right little prick apparently.

Alas, gratitude isn't a given with male genius. Taken for granted.

Happy Bloomsday and much appreciation for Sylvia Beach who first published "Ulysses" when the establishment wouldn't!

We owe her. Stream of consciousness writing, see also Virginia Woolf, is the driving force behind a great deal of modern literature. It's like a mighty gate swung open. You have to open your mind to it, in order to get the benefit. It's worth the unaccustomed exerise!

So true! At least Sylvia survived the war. She was featured in Ken Burns' recent Hemingway documentary, which was nice.

My maternal grandmother was a Magna Carta Dame but I do not know from whom...I was taught that this document helped cement England from a series of warring factions to a nation in which citizens had some political power though that may not be precisely correct.

I think that was the aspiration, yes. Not exactly what ensued. I have to look up Magna Carta Dame.

Not able to contribute to this particular discussion, not having seen the Magna Carta OR read Ulysses or anything by Joyce. Sadly lacking in my education, quite obviously.

They're both pretty Europecentric when you come to think about it.

That should probably have read Eurocentric