Celebrating October and soup and crumble and women's talents

The immediate Good Thing TM,  is the chicken pasta soup, which was great. That broth made it taste really old fashioned, like your grandma might have made it. 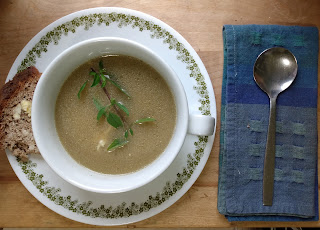 Seen with a sprig of Thai basil, now growing in the kitchen, slice of wholewheat and oat bread, Vermont butter.

And yesterday's apple cranberry crumble. I combined again Martha Stewart and Rose Birnbaum. Martha's recipe for oatmeal crumble is gluten free, a big deal for some, not an issue here, I just like it. And I learned to macerate fruit from Rose.

Since you're doing a lot of steps making crumble anyway, may as well make it even better by macerating the fruit.

Just prepare the fruit as usual, then add the brown sugar, cinnamon, cornstarch, lemon zest, ginger and salt, mix up with the fruit and leave for an hour. 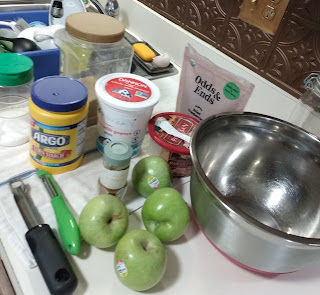 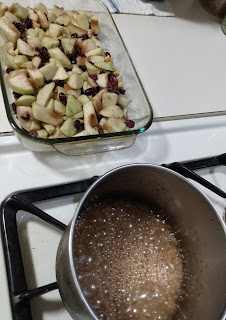 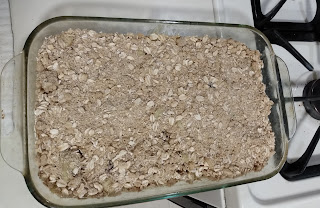 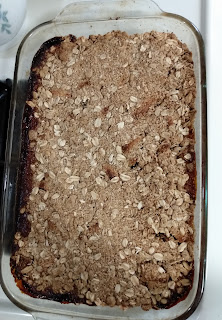 Then drain off the liquid it's made, reduce it by half and add it back to the fruit now in the buttered glass pan. Add the crumble bit, bake.

You get to a flourishoftrumpets good crumble with your afternoon cup of tea. 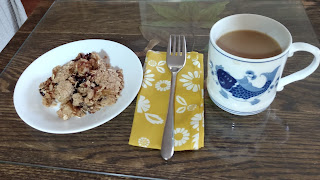 Handsome Son will get some of this. Gary is still away so he's missing it.

It's the taste of October. And here's some more October from Edith Holden's diary. 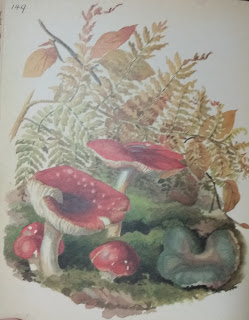 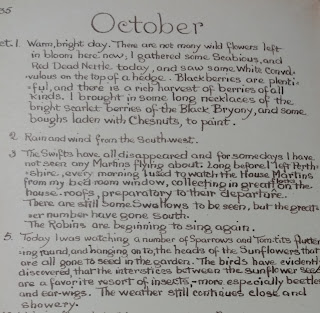 And seasonal drawings, look who drew these horse chestnuts, conkers, beloved of kids 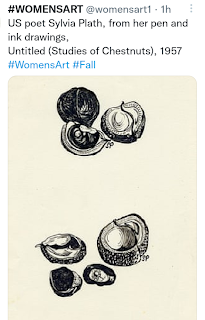 Never assume that the thing you know a person for is all they do. I have a real life example: a visitor invited into my recorder group while she was on a project at the Institute for Advanced Study, just along the street, was chatting with us, introducing herself.

I said, oh, then you know my voice coach, the opera singer. I named her and the visiting prof said, no, can't be her, she's our department admin. I explained that by day she was the admin and by night taught singers her operatic techniques.

She didn't tour in opera since her son was born, but still did occasional recitals. First the visitor had heard that people do more than one thing at a professional level. Around here that's not at all unusual.

Then there's the Nobel. It's Nobel season, so let's honor 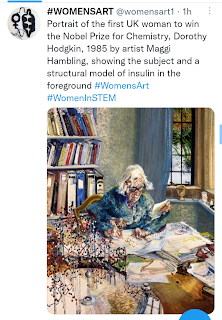 Happy day everyone, enjoy whatever crumble equivalent is in your plans for the day.

Ukraine has taken back an "annexed" city and cut off vital transportation from the invaders, yay. 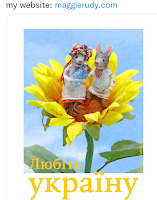