One thing in, several out, ficus, Freecycle, Fiona

Yesterday was the Bringing in of The Ficus, now a bit over eight feet tall and almost fifty years old.

As usual I had to cut the taproot she'd put down over the summer, and a lot of hair roots, before she let go.

Also as usual she came right out of the pot like a kid dragging her feet and leaving her boot behind. 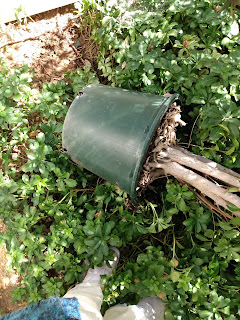 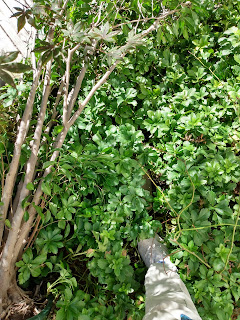 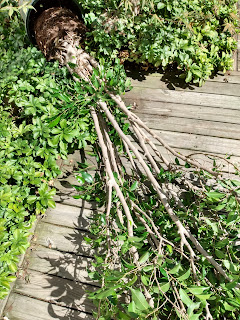 But this was good because I was able to brush off some earth, then, once indoors and back in her pot and saucer, I added in new soil and watered it down. 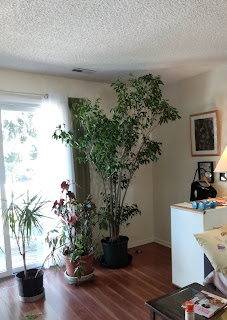 And now she's all what kept you, been waiting to get in with my friends. 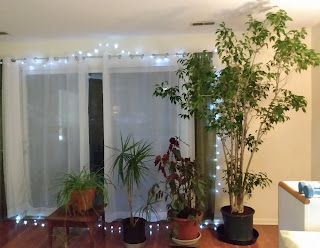 Some of the friends have left via Freecycle, while the weather is still warm enough to travel. 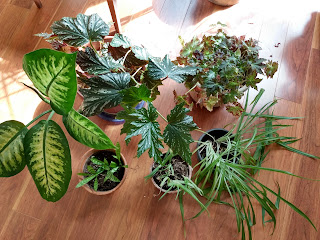 I started all of these from cuttings and rootings from the parent plants which I still have.
No lack of takers including people who didn't read the entry and asked what they were! And would I split them up, yes, of course, but you need to tell me when you'll come, I'm not getting into a penpal correspondence about it.
But I'm nice to plant fans because I feel they're kindred spirits. And now I know it's easy to pass on extras via Freecycle.

While I was at it, I moved on some chairs I've had around unused for ages, 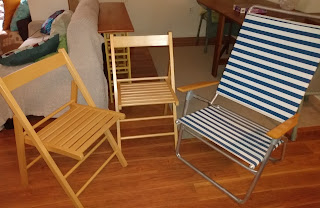 I made the entry late last night and woke this morning to someone who wants to come by any minute. So I got up promptly to lug them outside onto the step,  where the last of the houseplants await pickup this morning too.

The step's getting a bit crowded.

Yesterday was a day of finally getting things done. I baked bread now there's no need to think twice about heating up the kitchen 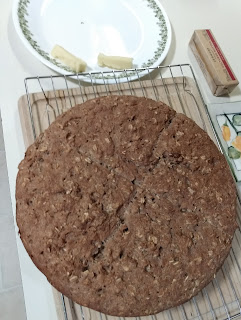 Oatmeal and wholewheat, very sturdy and artisanal, and ready for that Vermont butter and Vermont sharp cheddar you see in the picture.
I'm very concerned for Marie, our blogger friend on Prince Edward Island, and hoping she  and family managed to get through Fiona intact. It was a big hit on coastal Eastern Canada.
Thankful for a quiet day here and wishing you all a happy day everyone. 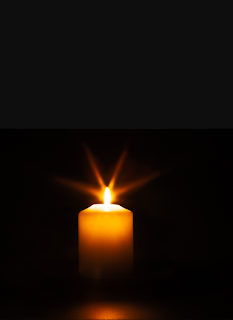