Another storm on the way

This is our current situation 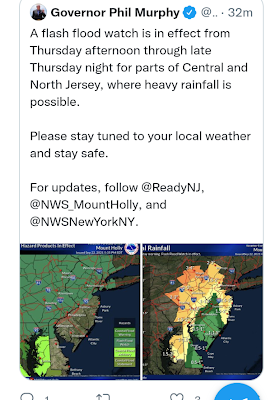 That dark green bit around the middle is me. The wind has already got up, tearing out and throwing down the ficus tree which had put down new roots after being displaced once by the benighted fence situation. Tore most of the roots. 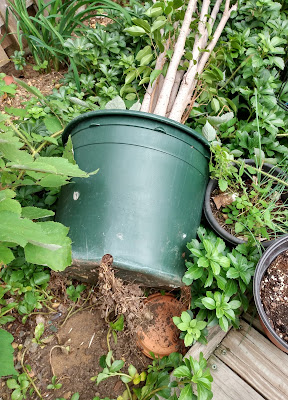 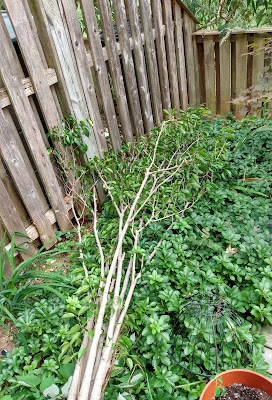 So, since I usually bring her in around early October, I thought I may as well do it now before she has to weather another storm.

Not easy to wrangle an eight foot tree  singlehanded,  across the patio, over the doorstep, past the screen door and storm door, and the curtains and other houseplants.  Even more fun in a high wind which nearly tore out my own roots a time or two.

I did get the roots clipped, then remembered the saucer in the storage area, to set it in. Ran across the house, out the front door, to retrieve it.  Pausing only to clout a lantern fly which was strolling about the front screen door, using my handy clippers to flatten it, beautiful but a serious food pest, I reunited tree and saucer.

Hitched it, tree not saucer, to the screws in the wall which keep it upright since it's gone more lopsided with age, haven't we all, and here she is. 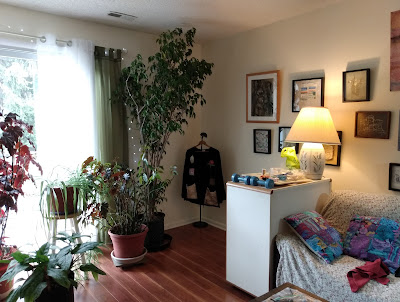 Lights on in her honor. She's about fifty years old at this point, eight feet tall, brushing the ceiling. Doesn't owe anyone anything. I hope she hasn't brought any wildlife in with her. I often find a little frog or toad hitchhiker in the fall.

This wasn't how I originally planned today. I thought I'd be gently humming and sewing, gathering the skirt. Not panting and snarling and hauling and shoving and heaving a tree.

When I've recovered, I might get to sewing. After I've prepped the veggies I had to shop for, before the storm, which Misfits failed to send, the veggies, not the storm. But who's counting.

After a contretemps like this I'm always profoundly grateful I can still do this labor anyway. So there's that.